Adding Aulterra™ to Your Pharmaceutical Formulation is Proven to Enhance Effectiveness. 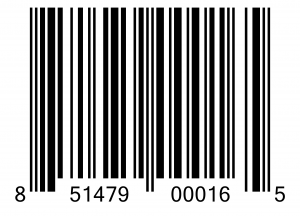 Aulterra Powder is a blend of three (3) highly paramagnetic* rock powders with a minute amount of kelp in a base formula.

It is a combination of natural paramagnetic substances producing a significant enhancement when combined with nutraceuticals* and pharmaceuticals.  In addition, Aulterra Powder has unique properties resulting in reduction of any negative side effects.

Since you can’t live in a bubble, Aulterra Powder is the next best thing. Aulterra Powder is a combination of natural paramagnetic rare-earth mineral elements which can neutralize the effects of electromagnetic field radiation, heavy metals and other toxins on human DNA. Noted DNA researcher Glen Rein completed a study in which he was able to:

In several studies, it is clearly shown that the energy of Aulterra Powder neutralizes the negative effects of toxic elements. In 1996, the University of Idaho conducted toxic soil recovery studies utilizing Aulterra powder. Samples of soil contaminated with lead and zinc were mixed with small quantities of Enhance powder. The pre-mix soil contained 200ppm of lead and the zinc measured 26.8. Two days after mixing Aulterra Powder into the soil, the lead measured .5ppm and the zinc measured 6.5ppm.

How does Aulterra Powder neutralize radiation and toxic metals? All particles coexist as waves and all waves coexist as particles. It is also well known that energy cannot be created nor destroyed, but rather changes form. It can be said that the subatomic particles that make up toxic substances also exist in waveform. Another way of looking at the coexistence of particles and waves is to say that matter oscillates between particle and wave-form. This way, depending on the detection technology, energy can be ‘caught’ in either form.  Aulterra Powder can help ensure that the energy is “caught” in the safe form.

For years, DNA researchers thought the double helix that holds our genetic code was a stationary structure. Only within the last few years have these same researchers realized that a healthy, normally functioning DNA is in a perpetual oscillating motion of winding and unwinding, what is known as the quantum oscillation effect. “Quantum” as defined in Taber’s Cyclopedia Medical Dictionary is “a unit of radiant energy”. Therefore this quantum behavior produces radiant energy, defined as “emitting beams of light.”

This “winding and unwinding” of the DNA is associated only with healthy, normally functioning DNA. DNA exposed to toxins will not behave in this same manner, but rather unwinds a little, rewinds, and unwinds a little. When exposed to Aulterra Powder, human DNA begins to repair itself, eventually achieving the desired quantum oscillation effect. With Aulterra Powder, your body can be in a constant state of healing.

Incorporating Aulterra Powder into your daily health protocol can offer an important protective defense against powerful environmental toxins, including certain forms of radiation. Adding Aulterra Powder to your current health regimen can boost benefits from all your health products and promote greater healing, harmony and balance.

The principle of entropy states that matter/energy always proceeds to a state of greater disorder or randomness. Negativeentropy refers to reactions which result in increased order—or harmony, healing and balance. In a study conducted by Dr. David R. Hamilton, he noted:

“…the effect of Aulterra Powder is identical to what would be expected from a healer….in every recorded case, experiments with Aulterra have proceeded in the direction of negative entropy—towards greater harmony and balance.”(2)

There are no reviews yet.

Be the first to review “Aulterra Powder” Cancel reply