What is the Electromagnetic Spectrum?

Radiation exists all around us, from both natural and manmade sources, and is in two forms: ionizing and non-ionizing radiation.

Radiation is everywhere and in everything that gives off energy. This includes the Earth!

When we look at the world around us we are seeing visible light waves (or visible radiation). However, there are many other forms of radiation that we cannot see with our eyes. These types include gamma rays, x-rays, ultraviolet, infrared, microwaves and radio waves. Together with visible light, all these types of radiation make up what we call the electromagnetic spectrum – the complete spectrum of radiation.

Visible energy or light energy we experience with our eyes falls in the middle of the spectrum. Visible light energy is considered safe and non-harmful.

Non-ionizing radiation produces lower energy waves and seems harmless enough.  After all, it’s lower on the spectrum than visible light.  True, but the sun has been producing ‘natural’ light for millions of years while man-made EMF’s have only been around since this past century and scientific studies show evidence that our bodies are not adapted to properly deal with it.

Every time we use a cell phone, computer, or any electrical device for that matter, we are surrounded by EMF’s.  If it needs a plug or battery, then it is emitting some level of EMF energy.

Damage from high level radiation may be noticed immediately, but side effects from lower level EMF radiation can have equally serious consequences acting as a poison to our bodies.

For many years it was thought that lower level energy was completely harmless due to it’s low thermal output and lack of ability to heat up cells and tissues; only high level radiation can heat up body tissue and cells and produce harm.  When looking at the spectrum from a paralleled point of view you would think that would be the case but it doesn’t work that way.

The latest research reveals that low level EMF’s, regardless of any heating effect, does produce biological effects on cells and DNA.

Numerous studies have linked a variety of health conditions including neurological disease, cancer, infertility, depression and many other ailments to Extremely Low Frequency and Radio Frequency radiation exposure.

Prolonged exposure is a cumulative process that can inhibit the flow of cell communication, exchange of neurotransmitters, and the transport of vital hormones throughout body systems eventually shifting biological processes in the body.

Although you can’t get rid of EMF’s, it is possible to Neutralize or correct the ionic directional flow of RF’s and ELF’s; taking the incoherent frequencies and turning them into coherent frequencies, making them no longer harmful to human biological systems.

Frequencies on the Electromagnetic Spectrum

Join The Aulterra Newsletter And Receive Exclusive Discounts And Content 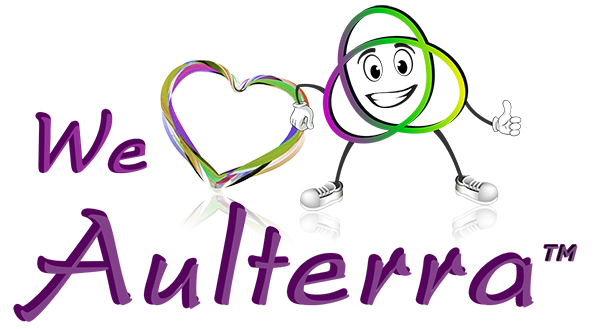 Join The Aulterra Newsletter And Receive Exclusive Discounts And Content.