Facing a gathering storm of opposition from anti-radiation activists worried about the health effects of the new 5G cellular technology, the Santa Barbara City Council voted to delay authorizing a licensing agreement with Verizon that would have allowed the cell phone service giant to install up to 60 new 5G cell phone antennas on light fixtures downtown. 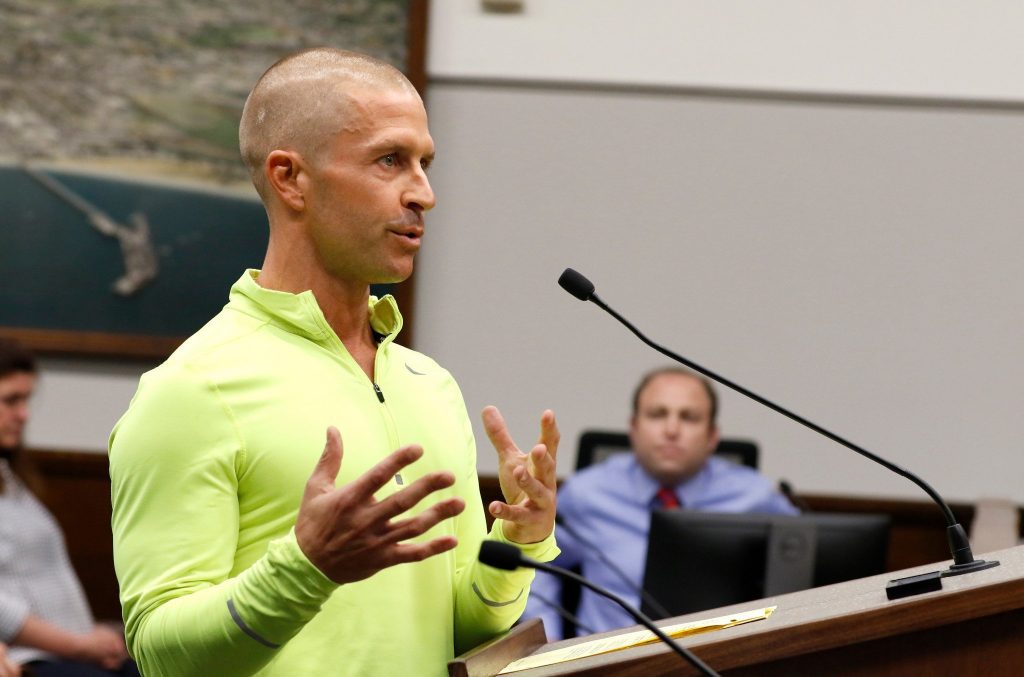 Opponents, many dressed in various shades of yellow and all sporting a conspicuous dearth of body fat, implored the council “to have the courage to hit the big fat pause button.” The council voted 4-3 to do just that, delaying the vote on the licensing agreement by 90 days. For the anti-5G crusaders, that marked a small but significant procedural victory; last week, the council voted 4-3 to do just the opposite.

Critics of the new generation of cellular technology charged that the shorter wave lengths of the 5G radiation posed such serious health risks that no carrier could obtain insurance against it. They claimed the radiation compromised the body’s immune response functions and that it induced anxiety, depression, insomnia, and irritability, among other things. Federal safety thresholds, they charged, had not been revised for cellular radio frequencies since 1996. Others suggested the new technology would aid and abet “corporate surveillance” on cell phone users.

City Attorney Ariel Calonne warned the council, however, that the federal government had unequivocally stripped local governments from regulating or restricting the installation of the new cellular technologies for anything but aesthetic and decorative purposes. To regulate for its environmental impacts, he cautioned, would be “an uphill fight.”

Councilmember Kristen Sneddon said she wanted to restrict the new antennas to the maximum extent possible. “I’m up for an uphill battle,” she declared to the cheers of those assembled in the room. So, too, were councilmembers Meagan Harmon, Oscar Gutierrez, and Alejandra Gutierrez, the latter making the motion to delay the vote 90 days.

Councilmember Eric Friedman expressed concern that such a campaign would divert City Attorney Calonne from a long laundry list of other pressing issues.

Currently, no 5G antennas are up and operating in Santa Barbara, though Crown Castle, a large cellular service company, has already installed many on faux light fixtures spaced strategically throughout downtown to maximize signal coverage. AT&T already has a license agreement signed by a previous council to do likewise.

If the council delays too long, Calonne cautioned, Verizon is legally entitled to install its own poles throughout the city wherever it wants. The licensing agreement, he said, at least gives City Hall the ability to regulate the new antennas to meet city aesthetic concerns. Calonne said he can provide a confidential legal memo within three months without diverting his energies from other pressing legal matters.

China, 5G, And The Wuhan Coronavirus: The Emperor’s New Virus